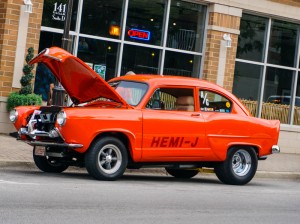 Joe bought this steel bodied bright orange 1951 Henry J hot rod in early 2012. The power plant is a modern Chrysler Hemi with 426 cu in and there are dual Carter 600 CFM 4 bbl carburetors; this combination produces 500 bhp – it runs on premium gas. The motor in the Henry J was built by John Arruzza High Performance in North Carolina. The car originally came from South Carolina and the previous owner brought it home to Pennsylvania in 1997 and spent 3 years restoring it to this condition.

This ‘Hemi-J” was built originally in Detroit by Kaiser-Frazier at their Willow Run factory. The paint is 1969 Chrysler ‘High Impact’ Hemi Orange.The transmission is a 727 Torqueflight with manual reverse valve body and 11 inch 2800 stall hemi converter. The front end is by Fatman Fabrications and has power rack and pinion steering and the brakes are piwer disc. The rear end is a narrowed Ford 9 inch positraction. The rear frame is boxed and narrowed; the Sanderson headers have ceramic Jet Hot coating and the 3 inch exhaust pipes have Flamemasters and race-ready cutouts. 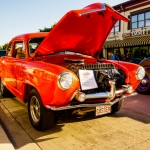 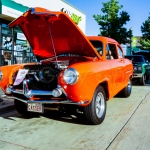 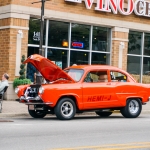 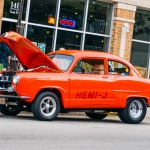 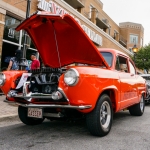 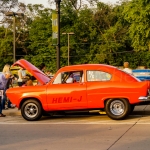 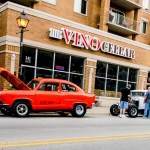 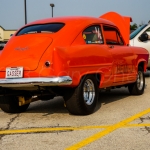 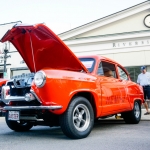 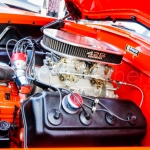