Sal, my son’s guitar teacher with the lady in the bobby sox and white bucks

What a grand night for Cruise Night in Westchester with the rockin’ 50s-60s Oldies band The Ragtops, click here for YouTube videos of songs they covered. Of course thanks to Paul for putting on this shindig. Incredible weather, friendly people and terrific cars. I know a picture is worth a thousand words, but the dancing blonde, with pigtail, polka dots, capri-length jeans jeans, bobby sox and white bucks but didn’t want her face on the internet. She was perfectly attired for the 50s-60s scene.

Check out the after dark Harley shots at this link. 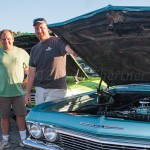 Mike brought his ’65 Chevrolet Impala Super Sport and he parked next to his long time friend Joe with his ’69 Plymouth Roadrunner. The ‘Coyote Duster’ has a 426 cubic inch hemi motor with 425 hp. Joe says it’s built ‘light and cheesy and fast’; he’s had this car 8 years. It has two 4 barrel carbs and four on the floor. 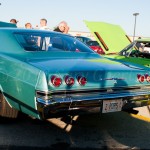 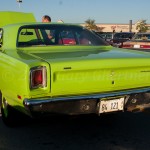 Mike and Joe have been buddies ‘since birth’ and they were born one day apart and because their names start with ‘Sy’ and ‘Sz’ they were right next to each other in the nursery …. ‘a friendship born in speed’ (?). Mike’s pal Butch brought his one-owner ’85 Chevrolet Malibu V-8, one of the last years a V-8 was offered in that model.
top of page 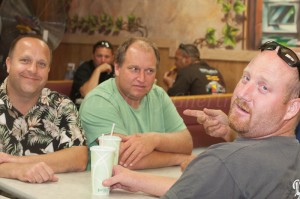 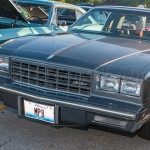 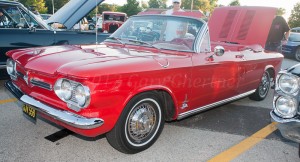 Fred and Dawn brought their ’62 Chevrolet Corvair Spyder with Turbocharged flat-six engine. The car loves 110 octane Sunoco which costs $ 7.50 a gallon, but it usually gets only 93 octane premium fuel. Fred had a Corvair in high school when he lived in Southern California; and then they married so the car went. Three years ago, Fred ‘got his car back’. They just returned from a Corvair convention in Massachusetts.
top of page 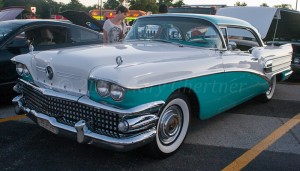 Scott drove his two tone ’58 Buick Special. This car was the Buick counterpart to the first car that was special to me, my mother’s black 1958 Oldsmobile 98 four door sedan had very similar chrome treatment as this Buick.
top of page 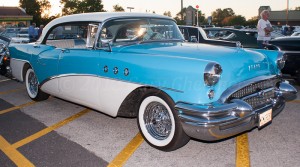 John and his wife drive their ’55 Buick Special, ‘old blue’ quite a bit.

Herb brought his ’65 Formula Five Cobra but I spent so much time flagging him down, I forgot to shoot his car tonight. 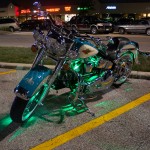 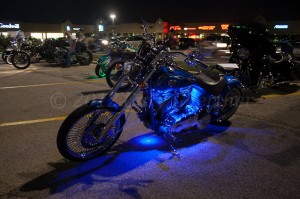 I was attracted to these lighted bikes after sunset.


top of page
This entry was posted in 2012, 2012 Westchester and tagged 2012, CruiseNight, Westchester, YouTube_Links. Bookmark the permalink.