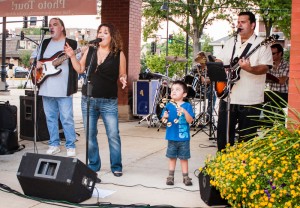 What a great night in Downers for another packed Cruise Night event. The band Meritage from Lockport performed at the train station (scroll down to listen to some covers or click here). Russ drove his ’60 Impala with a 348 and Tri-power, with original interior. Frank’s blue/white ’55 Buick Century station wagon caught my eye and he fleshed out his ’53 Cadillac cars (his aquamarine his Dean Martin is here).

I’d met Phil and discovered his yellow ‘P-51’ Mustang so I finally got some photos without needing flash; unfortunately Phil wasn’t around to answer questions about his hot car. John (’55 Buicks) brought his 1982 Mercedes 300 diesel but it was too dark when I found them; he’d brought his red ’76 Buick convertible to Westchester (and he saw me) but I didn’t see that car at all. The two tone orange/white ’56 Merc was spitting exhaust flames but I couldn’t capture them as well as in my page header shot from Monday at Weschester here. A teaser photo gallery with a special red cruisin’ vehicle is below at this link.

Teaser Photo gallery from the event 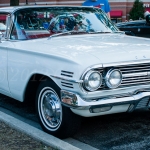 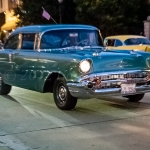 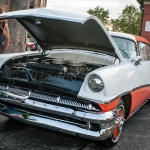 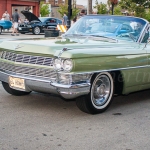 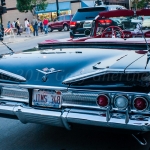 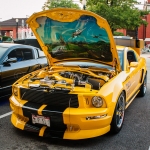 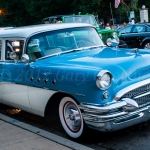 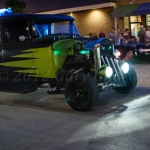 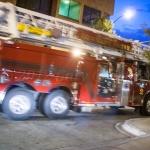 This entry was posted in 2012, 2012 Downer's Grove and tagged 2012, CruiseNight, Downer's Grove, YouTube_Links. Bookmark the permalink.