Paul did double duty tonight as host and DJ, and his music selections were very good.We couldn’t ask for better weather but sunset came too early. If the weather cooperates, Westchester Cruise Nights will continue until October 15th. ‘Listen to the music’ here; my teaser photo gallery is here and some wide angle shots are at this link. 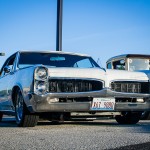 Ed drives a white 1967 Pontiac Le Mans and there is a good reason. He was born with Pontiac’s in his blood! Mom’s dad always drove the Pontiac brand as far back as his mom remembered. Grandpa handed down his Pontiac’s to Ed’s parents. Mom was driving a ’79 Bonneville and the timing chain broke but somehow she got it home. It spewed gas when the starter was engaged. Mom and dad told him, ‘if you want a car, fix this’ .. and he did; and drove it for three or four years! The Le Mans is his Cruise Night and fair weather driving car. He bought it is decent condition; but he put in the motor with Tri-power as well, he redid the suspension to lower the vehicle (a buddy used Photoshop to ‘lower’ the look on the car until it was ‘right’). 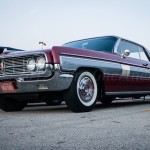 Joe saw a 1962 Oldsmobile Starfire before he got married and wanted one; but he couldn’t afford it. He did say ‘one day I will have one’ and that day came in 2000. The motor is a 394 with extra high compression and putting out 345 horsepower. This is a fun car and he does take it out on good days. Joe takes his wife for ice cream or just for a drive. The color is garnet mist, and this is the same color as a convertible I shot at the Winston Plaza show on September 16th. He bought it in driveable condition but fully restored it to original condition.
top of page 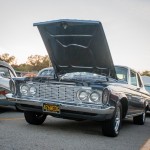 A different Joe drove this Plymouth Sport Fury with a 426 cubic inch Wedge (with wedge shaped combustion chambers) motor. He’s owns the cross ram manifold and plans to install it with two four barrel carburetors. Joe’s ‘other’ car is a bright orange Henry J which I saw regularly at Lombard Cruise Nights this summer. 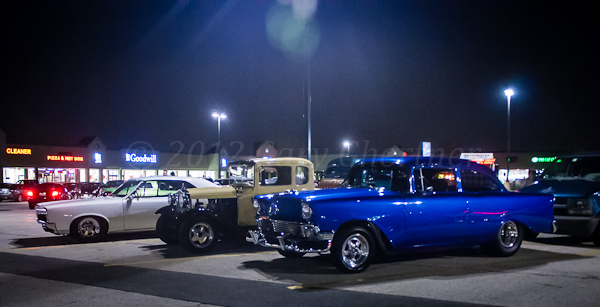 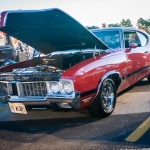 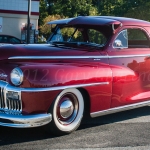 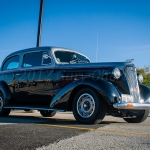 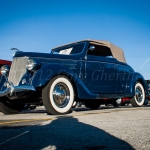 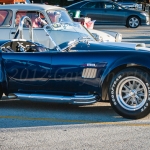 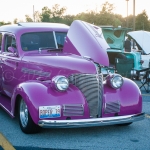 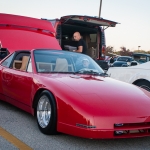 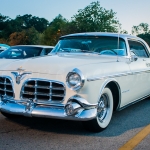 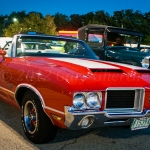 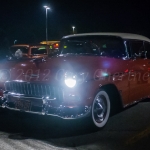 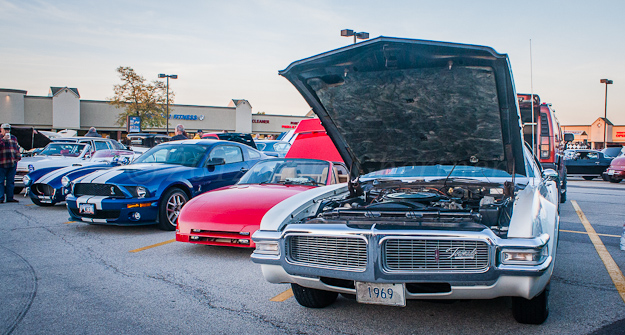 Music from the Cruise Night

This entry was posted in 2012, 2012 Westchester and tagged 2012, CruiseNight, Westchester, YouTube_Links. Bookmark the permalink.