Once again, Duke’s was hopping as the grand weather brought out over 40 cars. I’d gone primarily these ‘after dark’ multiple exposure shots. At least as many cars as in these shots were parked in the dark part of the lot to the North of the building and because most were dark colored, I couldn’t do much to shoot them.

There was no music at Duke’s, but here are some tunes from an earlier show there to help provide a little mood. 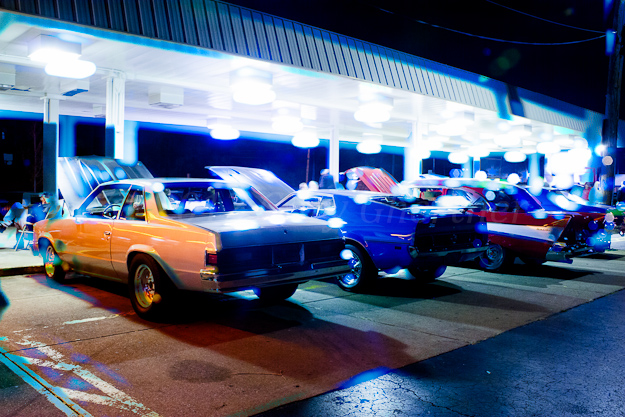 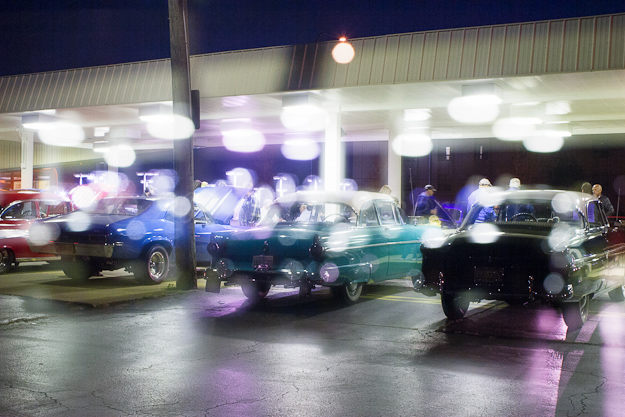 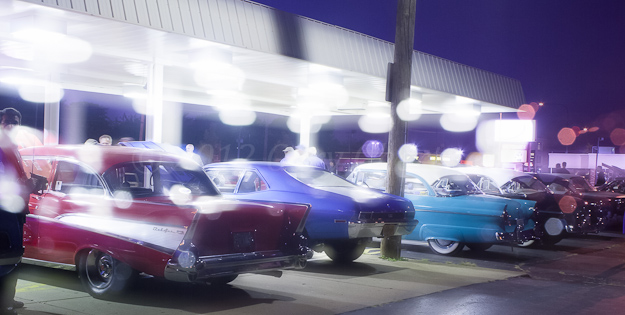 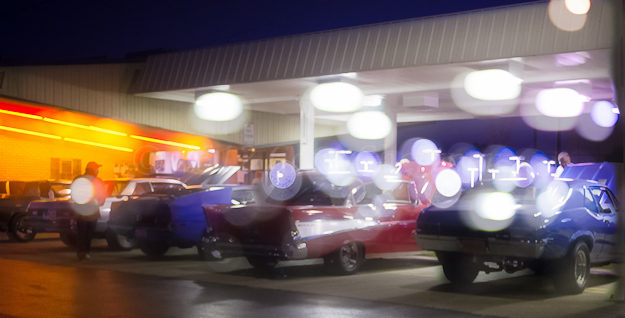 Music from an earlier Cruise Night at Duke’s

This entry was posted in 2012, 2012 Duke's diner and tagged 2012, Bridgeview, CruiseNight, Duke's, MultipleExposures. Bookmark the permalink.