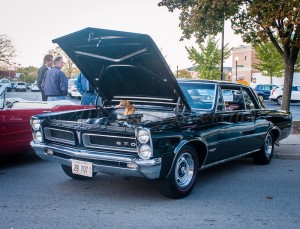 The season is winding down but I found a car show in my back yard. There were quite a few cars ‘I know’ as well as a number of new ones including the ‘twin’ of Bill’s original owner black 1965 Ponitac GTO. This is not Rich’s GTO but Bill’s (also a ‘side mirror delete’) but they do look identical (sorry I got no shot of the GTO today). There were at least 60 cars.

My teaser gallery is here and “listen to the music” from the show.

This was a Chevrolet day. 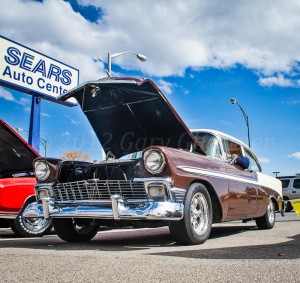 I met Bob this summer at Bensenville and have shot his car numerous times. He bought this car in Florida in the Spring of 2011. The motor is a 406 which is the biggest ‘small block’ Chevy motor (the small block began as a 265 but was bored and stroked to enlarge the displacement. 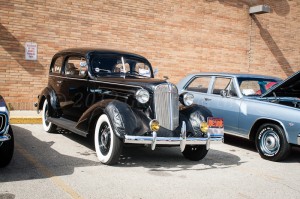 Ralph’s ‘two door coach’ has no trunk. The street rodders used many of these so having a restored original ’36 is rare. The motor is a six cylinder. He donates his trophies to charity. 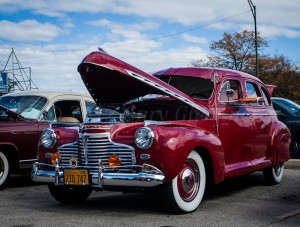 Nelson found this car twenty years ago in a cornfield on 147th street. After replacing all the fluids and the gas line, it started but much restoration work was needed to bring it back. The ’41 was ‘the last generation’ of Chevrolet’s before GM retooled to build tanks for World War II. 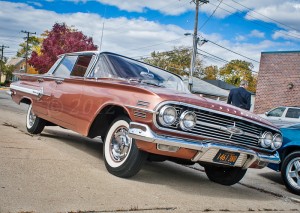 This gorgeous Impala is restored original too. The motor is the factory 283 that came with the vehicle. 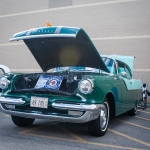 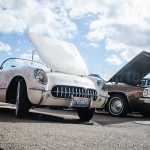 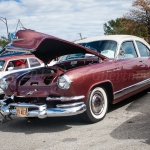 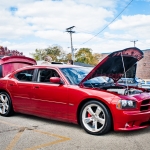 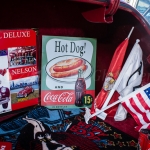 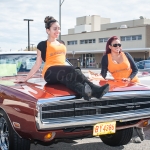 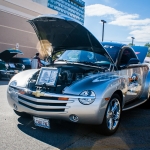