My photo gallery for this event is now online here.

I’ve included a repeat of the text of my original post for this show in the full narrative below. There are now only five events and 1,453 photos left for me to edit and upload before I can ‘wrap’ my 2012 car show season. 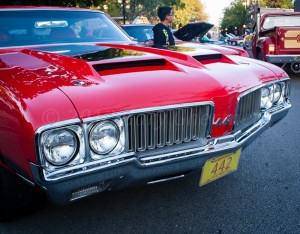 Even though the car show is winding down and sunset gets earlier and earlier, Bensenville had a great event with almost 100 cars and the band, Caliente “playing the Soulful Sounds of Old School with a Latin Groove“; YouTube videos of some of the songs they covered are at this link. And here is my teaser gallery. 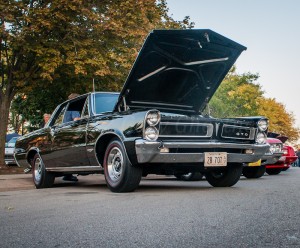 Bill purchased this black 1965 Pontiac GTO in June 1965 and has owned it ever since. He had no idea he’d keep it ‘in perpetuity’ so he eschewed undercoating “Why, for the next guy?”, FM radio .. “there’s nothing on FM”. The car had a 389 V-8 with a 4 barrel carburetor. He didn’t get power steering or power brakes although he did add power brakes and tri-power and AM/FM radio. His dad had bought a ’63 Pontiac at Star Pontiac so that was Bill’s first stop when it cam to trading his 1962 Ford; they gave him the best deal of a large number of other Pontiac stores. They car was delivered with no air cleaner and when he went back, they found one from a ’64 Pontiac; Bill found the right one later at a swap meet. His wife drove it but when it quit on her at Diversey and Laramie, she said ‘never again’.
top of page 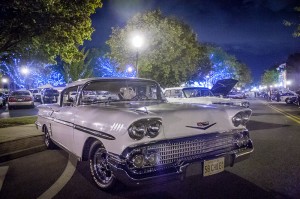 Bruce had a white 1958 Chevy with a green interior and he traded it in on 1964 Chevy Super Sport. But before he took delivery, he was drafted into the Army so he cancelled the Super Sport. Bruce has always wanted another ’58 so his wife and three daughters cooked up a scheme and bought this car from someone in Arkansas for his 58th birthday; hence this is ‘the birthday car’. They parked this Chevy at a Lombard Cruise night 12 years ago and the whole family took him to the event. They started opening the trunk and the doors while he said “don’t touch someone else’s car”. His wife said, the keys are in it, it’s for you ‘Happy Birthday’. So everyone at Lombard Cruise nightknows this is the birthday car. 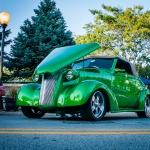 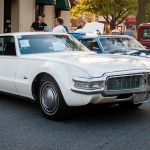 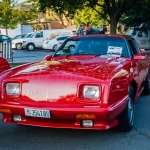 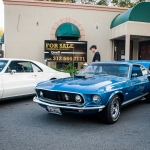 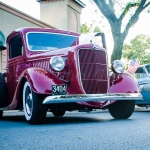 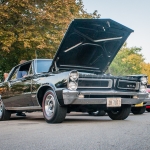 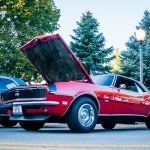 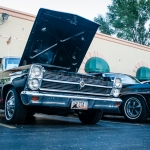 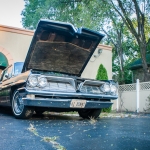 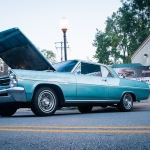 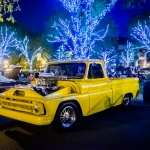 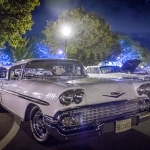 Music I heard at Bensenville

This entry was posted in 2012 Bensenville and tagged 2012, Bensenville, CruiseNight, YouTube_Links. Bookmark the permalink.