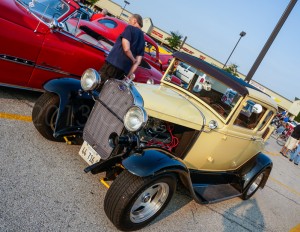 Jim bought his 1930 A-Model Ford (with a rumble seat) at a swap meet in Bolingbrook in 1998. It was a stock A-model with a four cylinder engine & mechanical brakes; and he drove it that way for 3-4 years. He dropped a Corvette motor (with a 4 barrel carb) and Chevy drive train into it. The car was not finished until he saw Frank’s ’29 tooling abound Lombard; that was the impetus he needed to get the A-Model ‘on the road’; later he and Frank (see ’51 Pontiac Chieftan) met at a Lombard Cruise Night. He drives it to shows and around town. Nobody rides in the rumble seat. 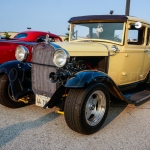 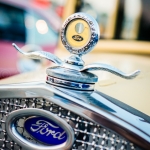 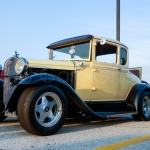 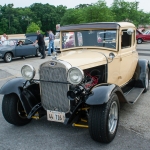 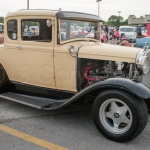 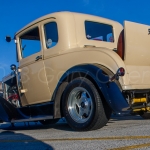 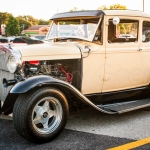 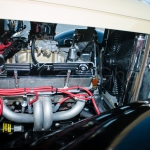 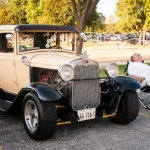 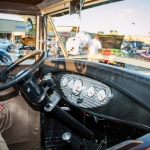 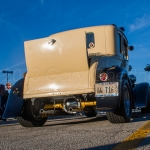 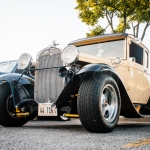 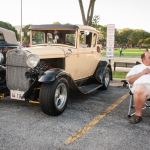 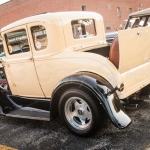 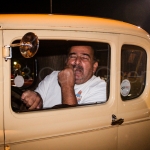 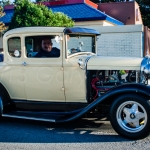 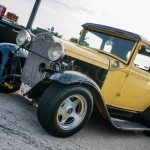 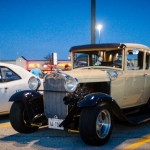 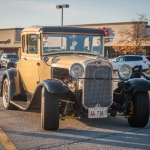 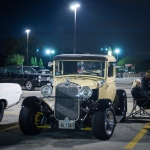