Raleigh bought this ‘vette in 1958, the second year of this Chevy sports car but only the first year it was available to the public (for model year ’53, only famous people could have them. John Wayne was too big for the cockpit). Only a six cylinder moto, with three 1-barrel carburetors was offered in ’53 and ’54 after which they went to a 265 V-8. It has hydraulic drum brakes.

His car sat in a garage from 1972 to 2002 and it had deteriorated (the springs sagged among other problems). Raleigh began restoration work in 1994 and returned it to the road in 2004.

His 54 years with his Corvette earns him the top spot on my Rogues gallery of years of ownership.

Click in the foreground or background of these Lytro images to alter the focus, then scoll down (or click here) to see the rest of my photos of the ‘vette. 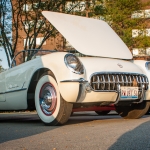 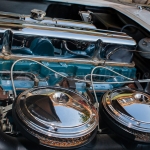 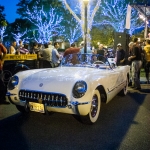 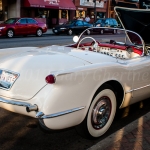 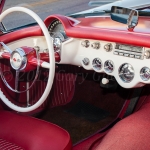 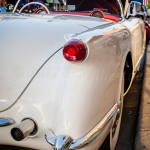 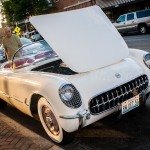 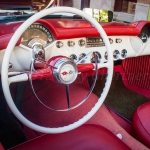 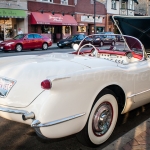 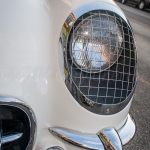 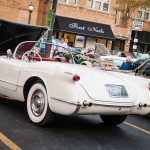 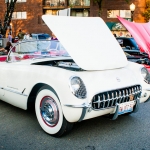 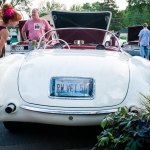 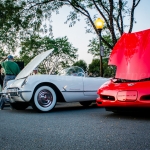 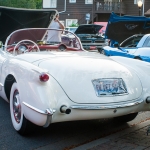