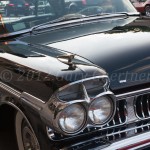 As I saw this big Merc Turnpike Cruiser on St Charles Rd. on Saturday June 30, 2012, no owner was hanging around so I just took pictures. It was huge and even longer because of the Continental kit. The roll down rear center window brought back old memories. I have many photos from the event and I usually rate and process them in order. Then I was watching the Showtime presentation of the movie The Help, set in Mississippi in the 60s. And a woman drives up in one of these Merc’s; it was red and had the same taillight configuration and a Continental kit. I Googled ‘mercury breezeway 1963‘ and read down to the third vehicle; this is a 1957 .
When Bill was buying a new house, he took a tape measure to make sure the garage was big enough before even looking at the inside of the house. 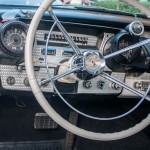 On July 28th I met Bill who’s owned this incredible and very rare Merc for 25 years and he believes in driving it, albeit it’s quite a bit more stylish than the family sedan of today. The Turnpike Cruiser was top of the line for Mercury in ’57 & ’58, although this body style was only built in ’57. It has push-button starting and a push-button gear selector (to the left of the steering wheel). Under the hood is a 368 cubic inch V-8 with a 4 barrel carburetor. The power seat has a ‘memory mechanism’ such that when the car stops, the front seat pulls all the way back for easy exit but when you return and start the engine, the seat ‘remembers’ your seat position and moves you back to your driving setting. 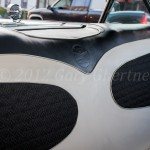 Bill found a ‘new old stock’ matching interior with the “Turnpike Cruiser” emblem in the middle of the rear seat-back and it was in the original box; what a great find! This was twenty five years ago so he has no clear memory of what he paid but it surely adds tremendously to this vehicle’s value. Notice the marquee emblem also on the roof pillar in the background when you click the thumbnail to enlarge it. 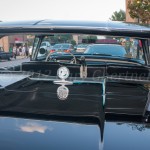 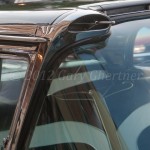 The electric roll down rear window operates in concert with intake air vents at the top corners of the windshield to provide ‘flow through’ ventilation with the side windows rolled up. These features help best on cool evenings. 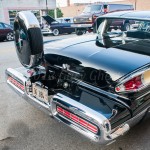 The Continental kit is original and the spare folds up to reveal the gas tank cap. 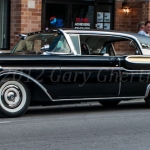 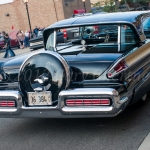 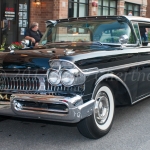 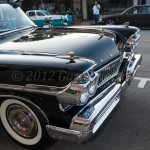 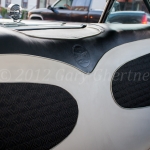 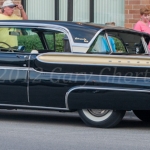 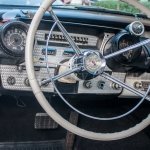 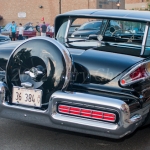 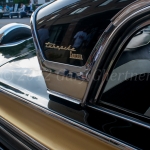 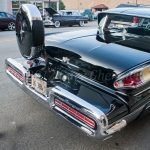 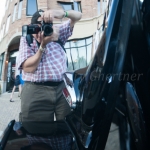 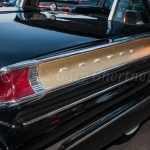 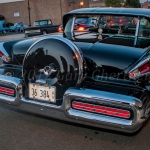 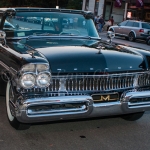